If you have been reading the other parts of my blog you will know that it has taken me a long time to get round to writing and publishing the details of this trip. It has been 18 months since I was travelling through the Middle East. Since then there have been uprisings in Tunisia, Egypt, Libya Bahrain and Syria. Having lived and worked through the Egyptian rebellion, I have seen changes in the country but nothing too noticable in the foreign tourists' eyes. But now it is nearly a year since the rebellion in Syria began, and I can't help but wonder whether the country I describe below is or will ever be the same again.

It was a long drive to the Syrian border and all the more quiet, with only 7 people remaining on the truck. We were meeting up with a guide at the border, who was going to help us with the group visa for Syria and then travel with us to our first destination, Aleppo.

As soon as we crossed over into Syria the change in environment was instantly noticeable. We were clearly back in the Middle East. Dusty, bumpy roads, with crazy drivers and streets lined with rubble and broken or unfinished buildings. I wasn’t ready to be back in that environment so soon after leaving Egypt and it was a big disappointment to me. Everyone else was wide-eyed and interested in everything they saw and how different it was to home.

We arrived in Aleppo around late afternoon and dropped our bags off at the hostel before heading out to a restaurant for dinner. The food was really good and I rather adventurously tried a piece of sheep testicle that my friend had ordered. For reference it has an intensely lamby taste, very rich and not very pleasant.

After dinner we had a quick drink in a very old hotel that was reportedly where Lawrence of Arabia had stayed. We then returned to the hotel for an early night. The following day was spent on a tour of the old city. The souk was particularly atmospheric and clearly held a lot of history within the dark archways and cobbled paths. We visited an ancient bath house (still in use today) a soap factory and an old psychiatric hospital. We would have gone to the citadel but it was closed on the day we were there. 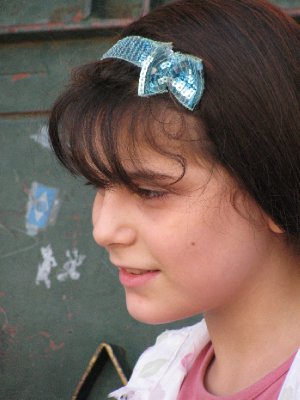 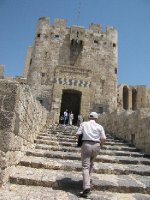 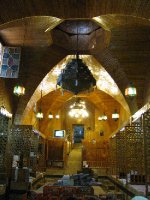 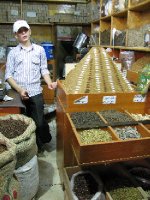 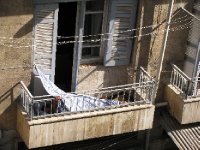 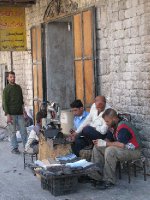 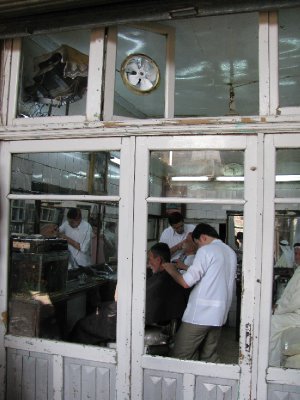 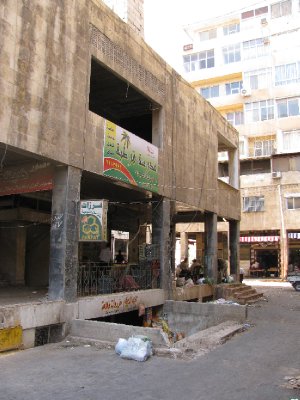 Aleppo is a fantastic place for shopping and since it is relatively untouched by tourism the shop keepers are less aggressive with their sales techniques. There was a lot of fantastic jewellery, pashminas and scarves, spices, coffee and Syrian Laurel soap. 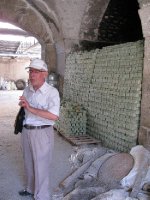 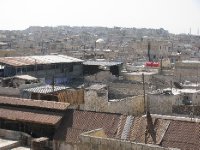 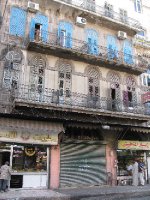 We left Aleppo early the next morning, and set off for Krac de Chevaliers. This Medieval Crusader castle is one of the best preserved in the world and stands 650-metres (2,130 ft) high up on a hill east of Tartus. We approached the castle on a windy road, with beautiful views over the countryside.

We were met by our guide, a local who spent his childhood living in the castle grounds with his family. He was a great source of information throughout the tour and had a good sense of humour. Each section of the castle was impressive and the stalls (selling souvenirs) along the arched hallways made it easier to imagine a community once lived there. 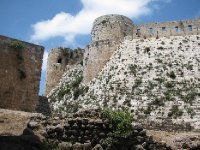 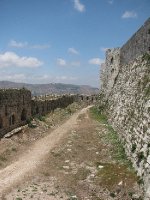 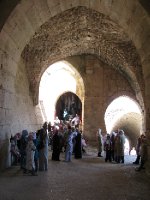 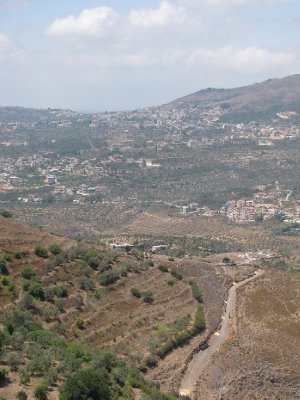 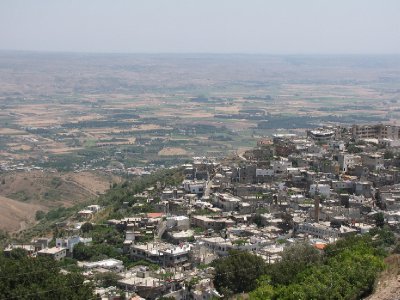 We ate lunch at a cafe overlooking the steep valley below the castle. Then we set off for the desert, where we were going to camp for the night. There’s always something so liberating about being in the middle of nowhere. The vast expanse of sand and nothing but the sound of the wind blowing, helps me clear my head. We spent that evening drinking punch and dancing to the sound of the truck stereo. We slept on mats out in the open. 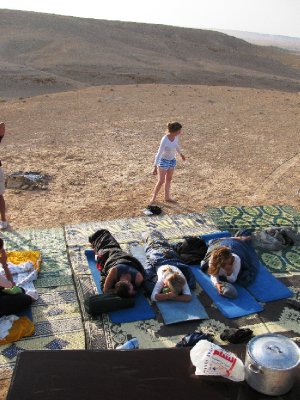 Our destination the following morning was Palmyra, to see the Roman ruins there. We arrived early, before the sun was at its hottest, but we were all tired and a bit grimy from our night in the desert. The ruins of the theatre and temple were very well preserved, and it was possible to imagine how the settlement may have looked in Roman times. 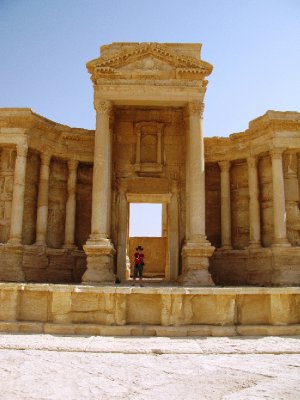 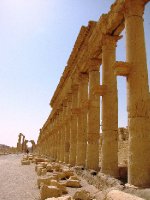 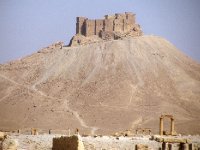 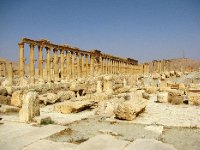 From Palmyra we drove a further 250km to Damascus, for our final couple of days in Syria. We were staying in a city campsite in a very run-down part of Damascus, a good way from the city centre. We were dropped off by the truck in town and our driver gave us an informal tour round the streets and bazaar. We all ate at an extremely ornate restaurant, off a tiny alleyway in the bazaar. A couple of people started to feel unwell at this point, and so we cut our afternoon short and headed back to the campsite. 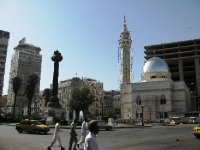 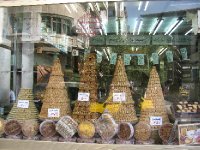 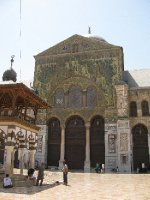 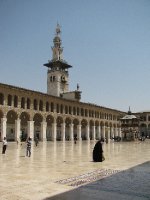 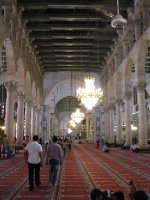 The next day was Sunday, a day of complete rest for Syrians! Only three out of the 8 of us, hadn’t succumbed to an awful attack of food poisoning the day before, so we decided to head into town. We visited a beautiful mosque (Ummayad mosque) in the old town and then went looking for somewhere to eat. To our disappointment, almost every building, shop and restaurant was closed on Sundays. We were lucky to find a small street bakery open, where I bought a Syrian-style pizza for lunch. We were starving at this point and were happy to eat anything! After a final, sweaty walk through the main streets we took a taxi back to the campsite, where we sat watching our fellow travellers, while they lay uncomfortably on the grass in the shade, trying to sleep through their stomach cramps. By evening, they were starting to feel a bit better.

We left the campsite the next morning for an approximately two hour drive to the border. We were due in Jerash, Jordan by about 9am, where my husband was rejoining the trip.